Texas immigration attorneys at The Lozano Law Firm, PLLC help individuals in San Antonio, San Angelo, Eagle Pass and Laredo obtain family green cards for their relatives abroad. Outside of the immediate family, U.S. immigration policy places strict quota limits on how many immigrant visas it will grant to relatives of U.S. citizens and lawful permanent residents. Having the assistance on your side of an experienced board-certified Texas immigration lawyer may make all the difference over how long it takes to get your family members admitted to the country, or even whether they will be granted a visa at all.

The proper application for a family green card is the I-130 Petition for Alien Relative. When a relative is outside the U.S. and is being petitioned to come in as a legal permanent resident, this process is know as Consular Processing. A U.S. citizen or lawful permanent resident can use this petition to bring over a member of the immediate family such as a parent, spouse or child, as well as other relatives such as siblings, stepchildren and half-siblings.

Whether a petition is granted and how long the process will take depends mainly on whether the petitioner is a U.S. citizen or lawful permanent resident, and also what preference category the relative belongs to. Even after the I-130 petition is approved, eligible family members in most cases must still wait until a visa number becomes available; at that point, the relative can apply for an immigrant visa (green card) or adjustment of status to a lawful permanent resident. Prior to consular processing, your relative will have completed a visa petition and sent it to the National Visa Center (NVC). Once your visa petition is approved, the NVC will be ready to transfer your file to a consulate. However, before your file can be transferred, you will submit a Choice of Address and Agent (Form DS-3032). When you return the Form DS-3032 to the NVC, you will be required to pay a processing fee for your immigrant visa.

There are an array of other forms you may need to complete depending on which embassy you work with. You may also have to take a medical exam. Procedures vary according to country and consulate. When you’ve completed all of the necessary forms, either the NVC or your consulate will contact you for further steps.

Green Card Interview at the Consulate

After submitting all necessary paperwork, you will receive a date to attend an interview at your local U.S. consulate. This notification will come to you in the mail. It will tell you a date and time for your consulate interview. The interview will take place with a consulate official, and you may have a translator there, if necessary. Your attorney can help you prepare for this step in the green card process.

At the consulate interview, they will ask you questions about your past and connections in the United States. Information you submitted on forms to the NVC will be verified. The consulate will have completed medical verifications, criminal background checks, and other historical checks prior to the interview. The consular official may ask you questions about anything you’ve submitted or that has come up in background checks. If you are applying for a visa based on marriage, then the consulate may ask extremely personal questions. It’s best to work with an attorney who can prepare you for the questions that they may ask you at your consulate interview. Call (210) 960-9657 or fill out the short form below. We will usually respond within one business day but often do so the same day. Don’t hesitate, your questions are welcome.
We respect your privacy. The information you provide will be used to answer your question or to schedule an appointment if requested.

Where Will Consular Processing Take Place?

Consular processing is the final step you will take prior to entering the United States. It involves submitting paperwork and an interview to a consulate. However, you may be wondering where your consular processing will take place. Consular processing typically takes place at the U.S. consulate nearest to your residence; however, that is not always the case. You may select a different consulate through the Choice of Address and Agent form as well.

The following situations may make it difficult to determine where your consular processing will take place:

There are many options for people in these situations; however, any deviation from normal consular processing procedures may be difficult.

If You Are Currently Living in the United States

You may be able to show that going to a consulate in your last country of residence would be a hardship. If you can, then you may go to any consulate that will accept your case. You would then go through consular processing in that location. However, proving hardship can be difficult. Hardship is generally reserved for medical necessity, people of advanced age, and people in dangerous political situations. Personal inconvenience or high cost will not be sufficient to prove hardship.

What if you have stayed in the United States unlawfully and wish to seek a green card? You may need to leave the U.S. in order to go through consular processing. However, for immigrants who have been in the U.S. unlawfully for 180 days or more, leaving the country can subject them to penalties. This may result in a bar from reentering the United States for up to three years. That ban can last up to 10 years if the unlawful stay endured longer than one year.

If you are in the U.S. unlawfully and would like to seek a green card, speak with an immigration attorney. You may have options that will allow you to obtain a green card or go through with consular processing.

Regardless of the preference category your relatives are in, there are important reasons for seeking help from an experienced immigration attorney. At The Lozano Law Firm, PLLC, we provide expert assistance at every stage of the process to get your family green cards successfully and in as short a time as possible. If you are in San Antonio, San Angelo, Eagle Pass or Laredo, contact us for help in obtaining family green cards for your relatives. Enter your email below. We’ll send you a booklet with more info.
We respect your privacy. The information you provide will be used to answer your question or to schedule an appointment if requested.
Questions or Schedule An Appointment? Click to Call (210) 960-9657 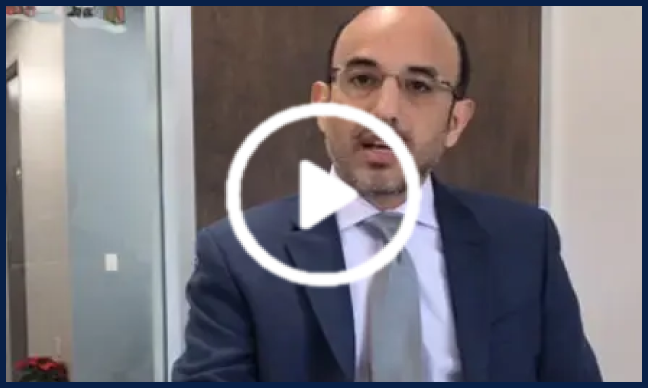 Lawyer for Immigration Explains: Does Everyone from Venezuela Qualify for Temporary Protected Status? Understanding the Requirements of the E2 Visa